An expert in heritage studies seeks out
the untold stories of people on the fringes of history. 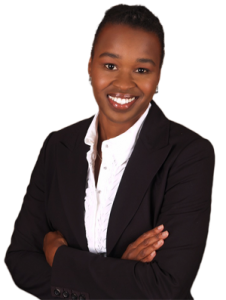 When Antoinette Jackson arrived in what a map designated as the town of Archery, Ga., she found a dirt road and abandoned buildings.

However, back in the day—the 1920s, ’30s, and ’40s—Archery was filled with thriving businesses and prosperous households. Railroad workers, farmers, and domestics populated the town. It was the home of an industrial college and a printing business, both owned by William Decker Johnson, a bishop in the African Methodist Episcopal Church who became a world-renowned educator.

Jackson, a cultural anthropologist, professor, and director of the Heritage Research and Resource Management Lab at the University of South Florida, is trying to find out what caused the town to bloom and what made it wither away. She conjectures that changes in the railroad system may have been a factor, along with a lack of resources to help farmers incorporate technology into their practices. But the industrial school’s disappearance from the scene remains a mystery, one she hopes to solve.

As an expert in a relatively new discipline called heritage studies, Jackson has interviewed hundreds of people about their family and community histories. She focuses on recovering untold stories of society’s underrepresented groups. 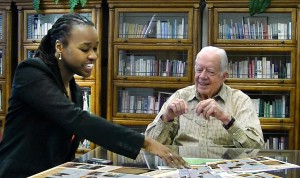 In the case of Archery, she worked with a team from the Jimmy Carter National Historic Site in Plains, Ga. Archery occupied part of President Carter’s boyhood farm, and Jackson interviewed Carter, whose interest in her project was keen. His memory remains sharp, and he spent considerable time sharing stories and information about the community.

Jackson also turned to local libraries, newspaper archives, and other sources to fill in details of life in Archery. But it was the face-to-face contact that was most rewarding, she said.

“I find that material records and markers such as houses, farm tools, court records, census data, maps, flowers, trees, creeks, and other such things come to life and become embodied with meanings and feelings,” Jackson said about the oral histories she collected from people still living in the area.

Jackson studied computer and information science at Ohio State, then earned a master’s degree in business administration from Xavier University. She built a successful career at Lucent Technologies before a couple of trips she took in 1997 showed her a new direction.

“I was using my vacation time to explore plantations in South Carolina to learn about the enslaved people who had lived on them. I came to learn they were far from being just faceless nonentities who did the bidding of slave masters. They had significant lives. I wanted to know more, and the realization hit me that I had to tell their stories.”

Jackson went on to earn a doctorate from the University of Florida, and today, she is an expert in an emerging field that takes seriously the value of everyday people and everyday life. Her lab at the University of South Florida’s Department of Anthropology is the first of its kind in the state.

In 2007, Jackson’s growing expertise in conducting cultural research projects brought her an invitation to serve on the Gullah/Geechee Cultural Heritage Corridor Commission. The commission oversees the management of the “places, things, and traditions” of the federally designated corridor, which stretches from Jacksonville, Fla., to Wilmington, N.C.

Subsequently, Jackson received a grant to study the town of Archery and two other communities. The Sulphur Springs/Spring Hill section of Tampa is an African American neighborhood with roots in the late 1800s. Nicodemus, Kans., is the only remaining western town established by African Americans during the post–Civil War Recon-struction era.

“These kinds of communities have a lot of pride,” Jackson said. “As awful as segregation and Jim Crow were, it is important to recognize that these were people with lives filled with achievements and import.

“By focusing on what was of value in their lives, we’re not glorifying the past or ignoring the systemic issues. We are giving them the recognition they deserve for their role in forming the character of their immediate location and the country as a whole.”

Jackson incorporates her business background in her anthropology classes in heritage resource management. Her students take their research and preservation activities into the communities they’re studying. They work with individuals as well as neighbor-hood associations and have helped with historic designation and pres-ervation efforts, museum design, and development. They’ve collected oral histories and created ethnographic profiles that bring the study of cultural heritage to life.

“The key is doing the research yourself,” Jackson said, “which means physically searching in basements, libraries, and archives and doing interviews. Files can be misplaced or mislabeled, and suddenly you find a key document everyone thought was lost. Or you mention something in a conversation that triggers a very important memory.

“It is so important to pass history on to the next generation,” she said. “And some of the best places to find history are right in your own home and community.”